Okay, so you got a good deal on a used car with 150K miles, but you wish to confirm if it is safe to buy such a car? Should I buy a car with 150k miles?

Well, yes, a hundred and fifty thousand miles reading isn’t bad at all; however, you should consider the car model and year it was produced.

Aside from that, there are also other factors to consider before buying a car with over 100K miles. This is because a high mileage vehicle can be a perfect deal, and also, can be your worst nightmare.

We don’t mean to scare you, but here’s what you should know about buying used cars with mileage reading.

Notwithstanding, the car could be less than 10-year-old. Some drivers hit up to 18,000 miles yearly, and this may be due to the nature of their job. A car used for long-distance travel would definitely cover more miles than a private car being used occasionally.

But, let’s assume it a 10-year-old car, and the question is, would you buy a car that was manufactured ten years ago? Obviously, such a car would lack so many modern features and automated systems that make driving easier and seamless.

On the other hand, a car that has been driven over 100k miles would need to have a verifiable maintenance record. This is because, for some car models, the transmission tends to malfunction after about 90,000 miles.

If your prospective new car is one of such models that usually have transmission issues after 90k miles, it’s obvious that the car has undergone a crucial mechanical repair. Thus, you’ll have to ascertain the authenticity of the transmission repair; was it done properly? Which transmission was used for the replacement?

Apparently, there are different types of transmissions and they have specific, important features that distinguish them all. Nevertheless, transmission repair or replacement is not compulsory for some cars. In fact, there some cars with over 200K mileage that are yet to undergo transmission replacement.

Also, some components of a 10-year-old car are liable to have suffered severe conditions, and as such, they may be extremely weak and need to be replaced.

But, irrespective of all these, a well-maintained 10-year-old car is worth buying, if offered at a considerable price. Back to the question, should I buy a car with 150k miles? We’d advise that you thoroughly inspect the car, check all the components, and verify all the repairs that may have been done on the car.

What Are The Risks Of Buying A Car With 150k Miles? 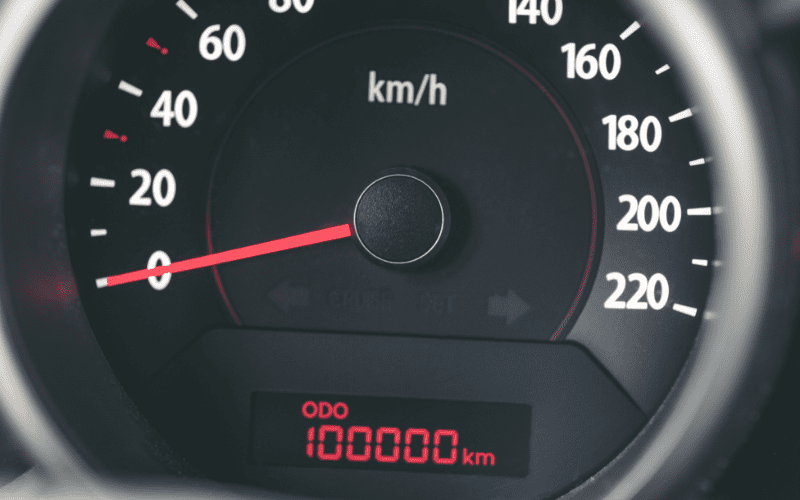 There are pretty lots of considerable risks for buying high mileage cars. The first of all is weakened components. Most components of the car may be weak or even damaged due to age or improper maintenance.

Also, such cars may have an awful interior. How? The upholstery may be torn and some other internal stuff may not be appealing anymore. However, the major risks of buying high mileage vehicles include:

These risks are not apparent, meaning that you may not face them. Yes, if the high mileage vehicle was properly maintained by the previous owner(s), there’s the possibility that you won’t face any of these risks.

Should I buy a car with 150K miles on it? Yes, you can buy the car. But before doing that, ensure to carry out serious checks on the engine and its components. Also, request for a longer test drive, and pay attention to the brake/gear response when you apply them while driving.

The maintenance report for that car is very important. In addition, you may need to run a VIN lookup to check the car history and possible recalls.

Finally, a 150k miles car should be relatively affordable, so don’t be afraid to haggle with the seller (whether it’s the dealership’s sales rep or a private seller).

Scroll to Top
We use cookies to ensure that we give you the best experience on our website. If you continue to use this site we will assume that you are happy with it.Ok