Here, we will look at the difference between AX4S and AX4N transmission; these are the top two transmissions you’d find on most 1993 – 2007 cars from Ford, Mercury, and Lincoln.

To compare these transmissions, we’d pick them one after another and explain them individually. However, on a quick note, the AX4S is later than the AX4N.

Hence, it can be assumed that AX4N would perform better than AX4S. Well, let’s not assume anything and get down to the facts about these two machines. 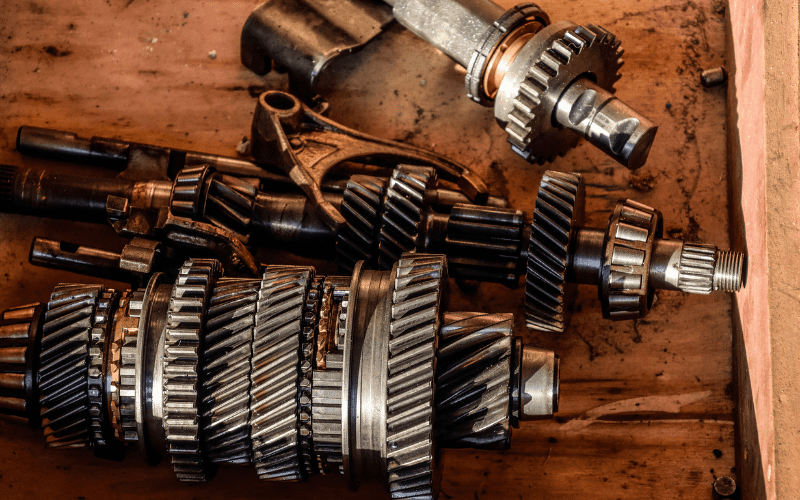 Before we move to the differences between ax4s and ax4n transmissions, it’d be nice to give some information about these two transmissions.

Formerly called AXOD-E (until 1993), AX4S is a reliable transmission found on Lincoln Continental, Ford Taurus, Mercury Sable, and Ford Windstar models between 1993 – 2003. It is an automatic transmission with a four-speed electronic overdrive.

As the 2nd Gen AXOD/AXOD-E transmission, AX4S was tuned up with more reliable features and came with a few upgrades to some of its components, including gearset, clutch position, high energy friction materials, etc.

AX4N is a further upgraded version of AX4S, and as expected, it was fined-tuned to offer better performance (plus efficiency) than its predecessor. Literally, the AX4N is more reliable than AX4S. It comes with about 19 bolts around the fluid pan.

This transmission was in use from 1996 up till 2007. However, in 2001, the name was changed to 4F50N, but the design and features were untouched. AX4N has the same design and dimensions as AX4S. The difference between this transmission and its predecessor mostly lies in performance.

Read Also: What Can a Bad ABS Sensor Cause on a Car

Both AX4S and AX4N have faced similar problems – they are both remarkable for overheating most often. Also, both transmissions typically suffer from gear slipping, shifting, and reversing issues. The design flaws of these transmissions are part of the reasons why they’ve been discontinued.

But then, they have a few differences, which are explained with the explanation below:

When you hit 25mph (3rd gear) with this transmission, and you floor it, automatically, it’d downshift to 2nd gear briefly, and then transit to the 1st gear.

Also, when you accelerate (with the full-throttle) from 35mph and then let off the gas – the transaxle will quickly move to 2nd gear and then to the 3rd gear.

Similar to the scenario above, when you’re driving at 25mph (3rd gear) with this transmission and floor it, the system would directly skip the 2nd gear and downshift to the 1st gear. Also, when you accelerate at 35mph and start to decelerate, it moves from to the 3rd gear immediately.

AX4N tends to be more efficient and prevents wear/tear. It skips unnecessary gears and moves directly to the one that’s required for your cruise level. However, AX4S and AX4N are almost the same in terms of design and build; the difference is that AX4S has servo cover, while AX4N doesn’t.

Apparently, this post has explained the difference between AX4S and AX4N transmissions. You will most likely not find either of these transmissions in most modern cars.

We’d also advise you to go for a used car with AX4N (with good mileage) instead of AX4S. This is because AX4N assures better performance and reliability.

However, ensure that you also service your engine one in a while, irrespective of the transmission model; it would help prolong the engine’s durability.

Scroll to Top
We use cookies to ensure that we give you the best experience on our website. If you continue to use this site we will assume that you are happy with it.Ok