A lot of people think that a brand new car should read zero (0) miles; however, that’s not true. A new car will differently read a few miles.

But, if it’s reading up to 1,000 miles or higher, that’s obviously questionable. But how many miles should a new car have? Well, a new car is expected to read 200 miles or fewer.

When the odometer reads above 200 miles, you should ask questions about what caused the high mileage. However, you should know that there are other things to consider when buying a new car.

How Many Miles Should A New Car Have? 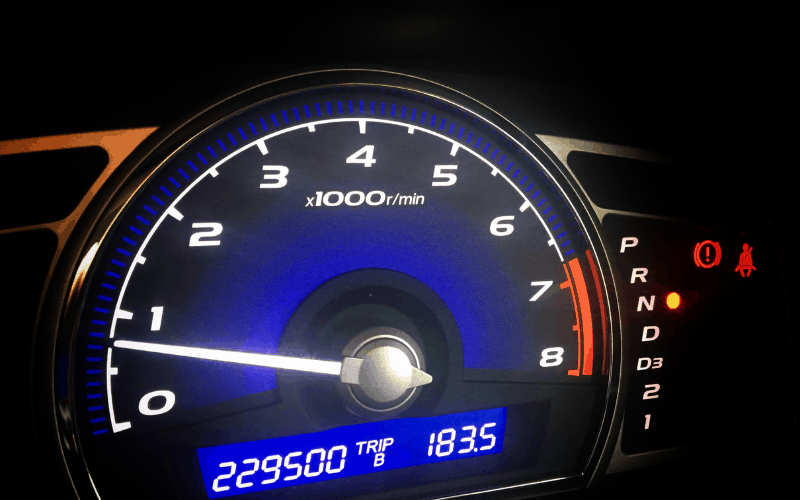 Firstly, it depends on what you refer to as a “new” car. Are you referring to a new “used” car or a brand “new” car that has never been owned by someone else? If the former is what you’re asking for, you should expect 100K miles or higher, based on different factors.

In contrast, if you’re referring to a brand new car, the odometer is not expected to read above 200 miles. We maintain that 200 miles or fewer is acceptable for a new because that’s the general rule.

It is obvious that the car will be driven to and around the dealership’s lot to find a spot where it’d be showcased. The distance covered during this drive is what would determine the odometer reading at the time of purchase.

Also, previous car buyers may have test drove the car before you came to the dealership or showroom. This could contribute to the seemingly high mileage reading provided by the odometer. To better understand the number of mileage on a new you wish to buy, you should know about delivery mileage.

However, while we’ve been talking 200 miles for new cars, it is possible to see new cars with 50 miles, 20 miles, or even fewer. The actual number of miles depends on the distance the car drove from the shipping port to the dealer’s lot and other distances it may have covered before arriving at the sales lot.

Read Also: How Many Miles On a Used Car is Too Much?

How Many Miles Is Too Many For A New Car? 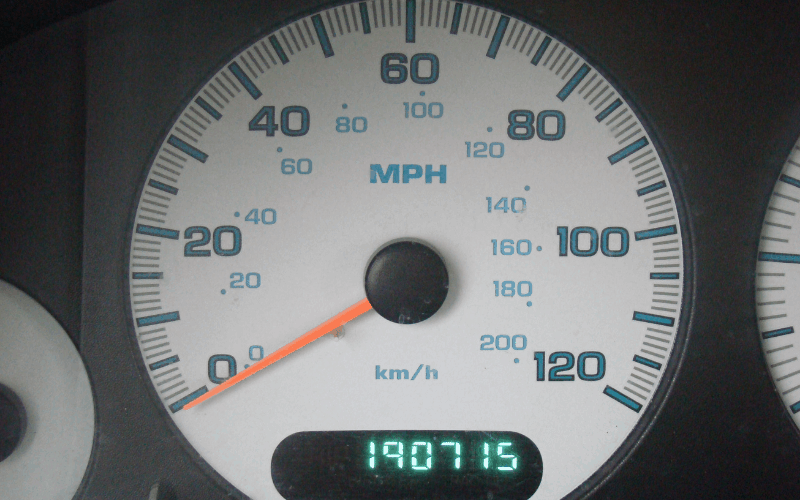 From the explanation above (in the previous paragraph(s)), it is safe to say that any number about 200 miles is too high for a new car. It calls for serious attention if a new car reads up to 300 miles or 500 miles – that’s very high – apparently, the car has been driven several times.

A new car with over 200 miles is probably one that has been driven by different buyers while test driving. If you have inspected other aspects of the car and found them worthy (except for the high mileage reading), ask the dealer to offer you a reasonable discount or move to another car.

Up to 10% discount of even higher can be a great deal if the new car is reading more than 200 miles. But, if you’re getting a discounted deal, we’d advise that you switch to another car in the lot or try another dealership.

This does not apply to a “new” used car; you should expect close to 100k miles or higher when shopping for new, used cars.

Also, you should watch out for demo cars (demonstrator cars). This type of car is legally regarded as new cars because they don’t have a previous owner; however, demo cars can read up to 500 miles or higher because the dealership’s workers constantly use them for business operations.

But you will get good deals on demo cars than brand new cars. You just have to be able to differentiate between a demo car and an unused new car. Some dealerships may sell you a demo car at the price of a new one; to avoid this, always seek to know why a supposed new car shows up to 200 miles or higher.

However, generally, high mileage doesn’t mean that a car is not worth the buy; it only helps in haggling to get the best possible deal.

As said earlier, if other aspects of the car are in perfect condition and the car doesn’t have a previous owner, it is good to own such a car – you only need a fair deal.

When Is A New Car Considered Used?

Legally, a new car automatically turns into a new car once someone acquires the title ownership. It doesn’t matter if the car has been driven or not; the moment a buyer acquires the car, it seizes to be a new car.

In contrast, there’s no specific duration a new car would stay before being considered a used car. In essence, until an individual officially and legally buys a car, even if the car spends over five (5) years in the dealership’s lot, it is yet a new car.

So, if you were buying a 2005 model car in 2012, if the car hasn’t been previously registered with someone else, it is still a new car. The seven (7) years duration doesn’t matter, except for if you’re considering features and technologies.

Read Also: Should I Buy a Newer Car With High Mileage?

How many miles should a new car have? According to the general rule, any number below 200 miles is acceptable for a new car. In contrast, any number above 200 miles is questionable. A new car with over 200 miles reading is definitely a demo car, or the dealership is not being sincere.

Finally, ensure to inspect other aspects of the car instead of focusing on the mileage alone.