Everything used in a car is important – from the engine, drivetrain, and transmission, down to the valves, sensors, and cables. If any component should go bad, you’d notice a drop in performance, and possibly an increase in fuel/oil usage. But what does a downstream O2 sensor do?

While there are pretty many sensors used in automobiles, upstream and downstream sensors are among the most important ones.

What Does a Downstream O2 Sensor Do?

Generally, O2 sensors are installed in the exhaust system to monitor the level of harmful pollutants in the emissions being passed from the engine’s combustion chamber to the exhaust’s tailpipe.

See Also: Can I Use a Downstream Oxygen Sensor For Upstream?

The information (signals) recorded by O2 sensors is sent to the ECU, where the signals are interpreted by the car computer, and then used to adjust fuel and oil delivery to reduce emissions pollution.

When a downstream sensor indicates that there is a high level of pollutants in the emissions from the CAT, the ECU may trigger the check engine light to illuminate – as a way of drawing the driver’s attention to the catalytic converter, which is presumably not doing its functions as effective as expected.

If there are more pollutants in the emissions released by the CAT, obviously, the CAT is not functioning well. Yes, the catalytic converter is supposed to “convert” the harmful pollutant in the emissions sent from the engine’s combustion chamber, into less harmful gases before they are removed from the tailpipe.

Can a Car Drive Without Downstream Sensors?

When the downstream sensor is bad, your check engine light will illuminate, but your car would still be working. You can drive without a downstream sensor, but it’s not advisable to do so. Downstream sensors are inexpensive and don’t take much time to get replaced.

See Also: How To Tell If Upstream or Downstream O2 Sensor Is Bad

So, what does a downstream O2 sensor do? It tracks the level of unburnt gas in the emissions released by the CAT; this indirectly implies that downstream sensors help to monitor the state of catalytic converters.

If your car’s downstream sensors detect more unburnt gas in emissions, it is safe to say that your CAT is about to fail and needs urgent attention. Upstream O2 sensors work similarly to downstream O2 sensors, but there are designed differently and installed before the catalytic converter (behind the exhaust manifold). 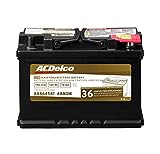 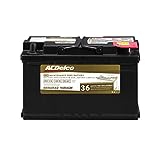