Can you use marine wax on a car? People who have asked this question are those who own a boat and a car. Basically, marine wax is used on boats and not automobiles; however, there have been instances where people used marine waxes on their vehicles, and it seemed like nothing happened.

Well, marine wax can be applied to automobiles (cars per se), but that doesn’t mean you should do that. The formula used for making boat waxes is different from what’s used in making car waxes. In this article, we will explain the differences between typical car waxes and marine waxes.

Can You Use Marine Wax On A Car?

The simple answer is “Yes,” marine waxes can be used on vehicles. However, due to their formula, it is not advisable that you practice such. A typical boat wax is formulated for Gelcoat, which is contrary to what car waxes are formulated for, Clearcoat. 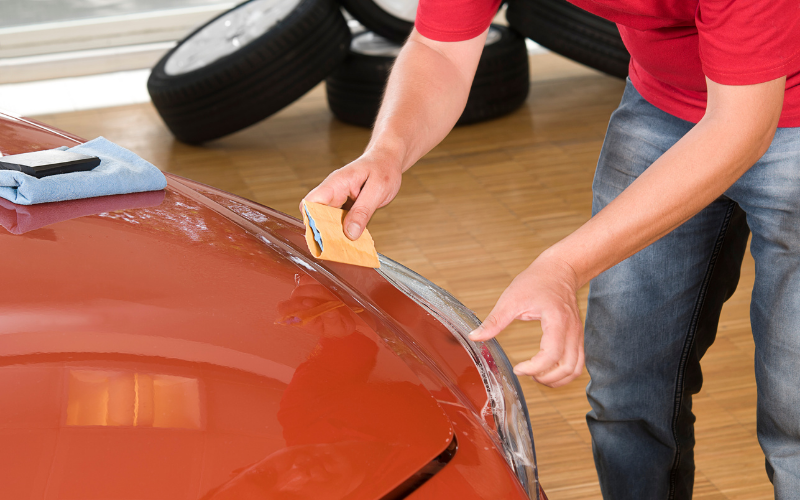 Gelcoat is a type of finish used on boats and other marine drives. In contrast, Clearcoat is used on cars and most automobiles. Now, what is/are the difference(s) between these types of finishes?

Boats are, sometimes, driven in though marine environment; thus, Gelcoat is made to be sturdier than clearcoat. This is arguably the only major difference between these two coatings or finishing.

Note: boat wax is the same as marine wax. We would be used both terms interchangeably throughout this post.

What Happens When You Apply Marine Wax On Your Car?

As said earlier in this article, some car owners have reportedly used marine waxes on their vehicles, and nothing happened. However, Meguiars (a renowned automotive products manufacturer) advises that marine waxes should be used on boats, while car waxes on cars.

Can You Use Car Wax On A Boat?

According to Best Auto Detailing Tips, any waxing compound used on a car can also be used on a boat. However, boats.net claims that car waxes do not last long when applied on a boat.

From these speculations, it is safe to say that car waxes can be used on boats, but it won’t last long because of the extreme marine environment a boat surges through.

So, can you use marine wax on a car? Yes, you can. But, it could have a side effect on your paint if you continue with the wax.

While a couple of drivers have reportedly used this wax on their vehicle and it looked good, some manufacturers insist that it is best to use the recommended wax for your automobile.

More so, just as you can use marine wax on cars, you can also use car wax on a boat – but be rest assured that the wax won’t stand the test of time. Finally, when buying wax for your car, ensure to pick the one that most suitable for your car finish.